Awarded - The Gold Standard Learning Outside the Classroom Quality Badge.

Deep Mine Discovery
Our first group went deep down into the dark tunnels and caverns of an old former lead mine.
Whilst underground they committed themselves to multiple abseils, including one of at least 100ft down into the darkness. All to then navigate along the tunnels, over old walk ways and squeezing through some narrow gaps. A very different experience to the slate mine they explored earlier in the week, none the less they all came out looking far too clean with massive grins on their faces.


Sea Cliff Exploration﻿
Our second group went out traversing the rugged welsh coastline.
With the sun yet again making a rare appearance in the skies above Holyhead, these adventurers went off to the sea, climbing and scrambling along the coastline, jumping across gaps and hauling themselves over coves.

They even managed to stay dry up until the end. Where the temptation to see how cold the water actually was took over. After leaping in, none stayed in the water too long.

Real Rock Experience﻿
For some students Monday's rock climbing experience wasn't enough, they wanted more.
So we went over to Holyhead Hountain to find some bigger cliffs for them to push themselves on.

Sheer determination was needed, as not only did everyone in the climbing team, climb up and abseil down the 100ft cliff face 4 or 5 times, we also finished the day by topping out of the last route with our bags on our backs. With the blue skies above and the sun shining, the view over Holyhead and out to sea was spectacular.


Ocean Adventure
Our 4th and final group decided they preferred water to land.

Starting the day beautifully they paddled out to sea in the sit on the top kayaks, exploring the coastline from boat. To then later scramble across the rock cliff, finding the most fun way to cross the gaps and plunge into to the water.
﻿ 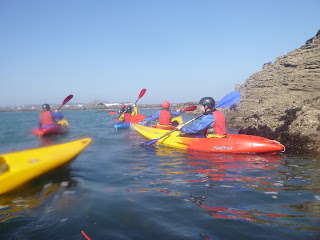 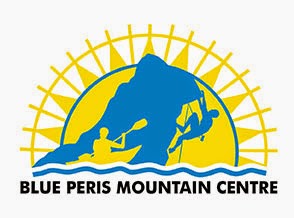 Blue Peris Outdoor Education Centre
Bangor, Gwynedd, United Kingdom
Blue Peris Outdoor Education Centre ( Formerly Mountain Centre ) is a 67 bedroom residential outdoor centre. We work with a wide range of clients which include primary and secondary schools, universities, cadets, scouts, college students and families. We have been in operation for over 35 years and hold a AALA licence, Learning Outside the Quality Badge Award and Gold Standard Badge. These awards not only demonstrate our commitment to outdoor learning but also quality and customer care. Our aim is to provide exciting, structured, and adventurous programmes which link to the National Curriculum as required. In addition to this, we strive to give students a sense of belonging and create environments where they can reach their potential. We can provide day and multi day courses, and residential courses. In addition to this we offer a 13 bedroom self catering facility. We are also a major provider of the Summer Mountain Leader Award offering both training and assessment courses alongside delivering the Hill and Moorland Award.